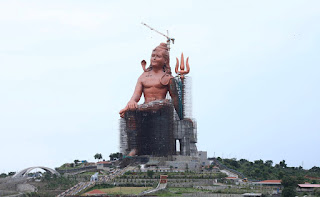 What a seriously powerful statement.

Belief: an acceptance that a statement is true or that something exists.

I was given many beliefs when I was born. They were not my own beliefs,
they were thrust upon me by my family, my community, my religion, my time in history.
Thats the way things were and I accepted them like a good boy.
Some of those beliefs have stood the test of time, many have not.
My conditioning (and yours as well) becomes a form of mental illness.
I did not experience much of life early on and apply the results of that experience
to decide what I believed. I believed what I was told and taught and applied my belief
to my experiences before they took place. We all have done this....it's human nature.

In fact, I was certain up to the age of 33 that I had little choice in my belief or thought process
at all. Thoughts appeared from fear and conditioning and I reacted before anything happened.
Some of us were lucky enough to have woke up years before, or maybe had very caring parents
or siblings that told them not to believe everything they were told.....but a lot of us did not.

I was under the impression that God was not of my understanding but of someone else's.
Someone that came before me and they told me what to believe and how to believe and
what not to believe. None of that belief was based on my own personal experience at all.

I use God as the ultimate example. If I went along with a belief in the total and finite God
of all things based on nothing more than people told me thats what I was supposed to believe....
then I probably went along for a lot less as well.

When I began sobriety and recovery in 2003, I was told I would need to change one thing.....
everything.

That process has led me down a path of personal experience and personal belief that has changed
my life forever in the most profound way a man can live. I have made my own mind over the past 16 years, something I had never done before. I have made my mind and found that I was wrong, so I changed my mind. As I have walked this narrow path, I have refined my belief over and over.
I think I know something and I realize I was wrong....or I might be wrong, so I then reassess and make new changes.  I came to the belief long ago that I do not know anything.
The less I believe I "know" the more open my mind is and I am willing to change my mind.
These days I don't know much and I could not be more happy.

I do know one thing for certain: 99% of all human beings living on this planet want the exact
same thing in life. They want peace, love and the pursuit of happiness.
So, anytime I see someone spouting off about something I readily disagree with, I stop and remind myself that this is just a human being like myself. They have the right to these conditions as well.
Maybe they're wrong in how they are going about it, maybe I am wrong in how I am perceiving
what they say or do.....but one thing is certain - they want
PEACE, LOVE AND THE PURSUIT OF HAPPINESS.

The faster I can see anyone I disagree with as an ally and a human being like myself,
the easier it is for me to have empathy and be open minded.
My mind being open is what is important, not others minds.
I am selfish. I wish happiness and freedom to experience life for all, but I mostly want it for myself.
So I do the work to keep my mind open for me, not for you.

This does NOT mean I don't believe what I am told. I trust people and for the most part I trust the world around me.  I am a decent member of society.
I know right from wrong and take living in a community very serious.


Today, I will try to be open minded and realize that we are human and somewhat mentally ill
from conditioning. If I stay in the belief that I do not know much, I will learn something new everyday.